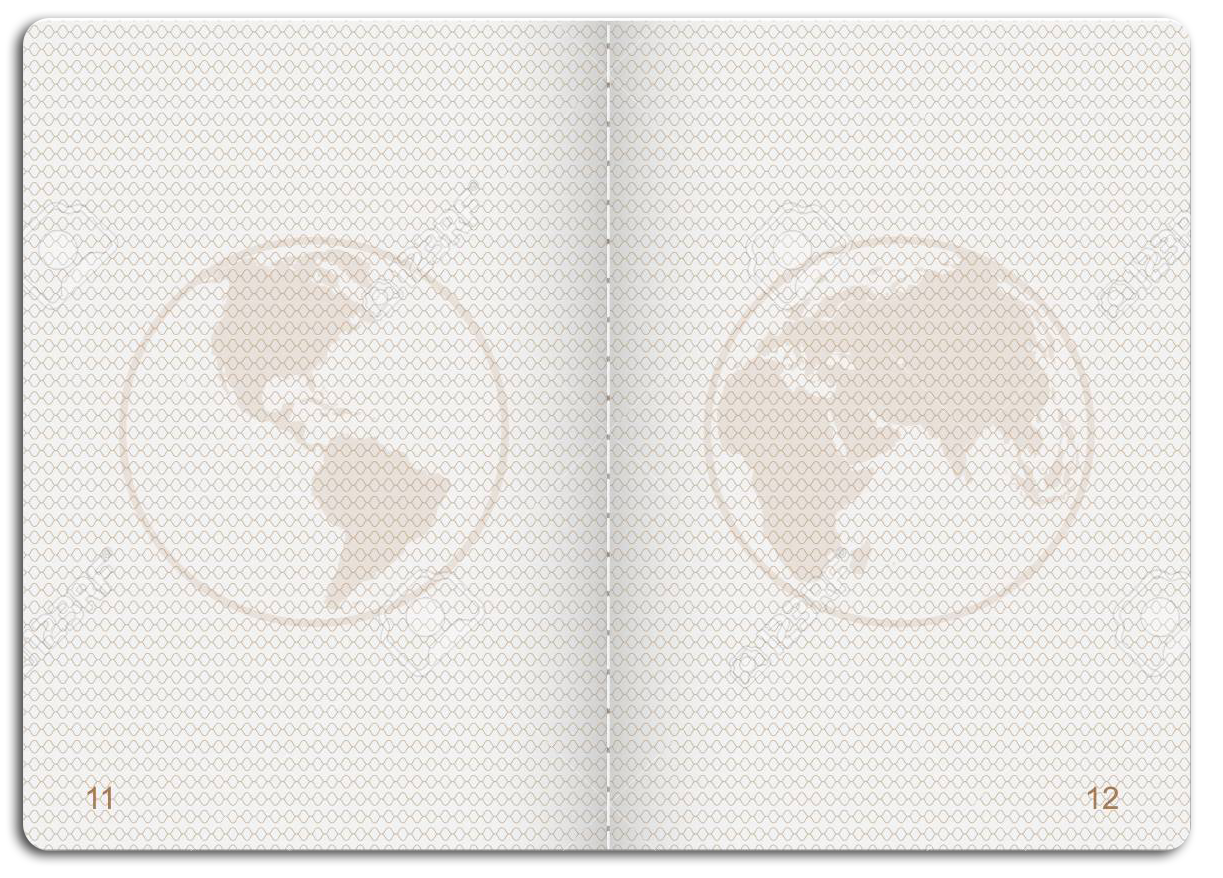 Suriname has a rich political history, with both remarkable highs and lows. While the land was settled by different, rivaled tribes from at least 3000 years before Christ, there was no real political organization until the first colonizers came in the 16th century. The French and Spanish came, but did not stay for long, unlike the British, who stayed from 1650 until Suriname became Dutch territory in 1667. From then on, it was exploited by Dutch farmers, who brought in slaves from overseas. After other countries had already abolished slavery, this was also done in Suriname from 1863 on, in a slow and gradual process. Politically, there was not much happening for the next decades. In the second world war, the USA occupied the land to protect its resources needed for warfare, however, with the agreement of the Dutch government and a subsequent retreat.

A certain highlight took place on, 25 November 1975, when, after a year of negotiations, Suriname became independent. Johan Ferier, a native of Suriname and until then the governor, therefore the highest local figure, became the first president. He ruled for five years, together with Henck Arron, another local, as a prime minister.

What followed in 1980 would be later known as “the Sergeant’s coup” – a total of 16 sergeants, thus high ranking military officers, overturned the government in a violent way. They were led by Desi Bouterse, who we will meet often again. At least four counter-coups were attempted in the following two years, but they all failed. For the next eleven years, he led what can be described as a military dictatorship, with features such as a ban on political parties for the first five years, a suppressed press and a curfew in the evening, forbidding citizens to leave the house after a certain time. People also were forbidden from assembling and demonstrating, and the government was highly corrupt even for regional standards and in those times. The sad highlight of this development occurred on 8 December 1982 at Fort Zeelandia, a prison in the capital city of Paramaribo, where the army executed 15 political opponents of Bouterse’s administration. The term “December murders” was coined later on. This may have been the darkest of chapters of Suriname’s history and accordingly led to diplomatic crisis with countries such as the USA and the Netherlands, which both suspended their developmental aid payments.

Finally, in 1985, a political opposition was allowed to exist and political reforms away from the dictatorship were initiated, ending in the first elections in 1987. However, Bouterse’s influence did not vanish, the parliament changed the constitution so that he could remain in charge of the army, which meant he would stay the de facto leader of the country and referred the elected presidents to lower importance. Controversy about him as a person, the 1991 elections, and a civil war that had been raging for five years then, however, decreased his influence. For the next 19 years Bouterse took a back seat and other politicians led the country without much turmoil. In 2010, he returned as leader, now as elected president, and also got re-elected in 2015. Nonetheless, his past continues to hunt him down. In the 2020 elections, held amid the corona crisis, his party was not the most popular anymore and it seems unlikely that he will remain president, however, this is an ongoing affair and not yet decided.

Before European expansion little permanent settlement existed in the coastal area of Guyana and the river networks of Suriname within. Most settlement was of a nomadic nature which reduced the amount of trading prevalent under settled farming communities. However, trade did exist as traces of cacao, squash and tomato cultivation have been found in the area which were not native to this land which means that these must have been carried over from other parts of South America.

The fruits and vegetables were traded first by the Arawak in the mainland with the Caribs to the coastal areas, who in turn were connected to the larger trading hubs of the Maya. Eyewitness accounts on the voyages of Vespucci and Columbus give strength to the existence of these trading networks as they noted Carib sailing vessels going to and from the Guianas in large numbers. Although hostilities did often occur within the two people groups, trade often continued unhampered.

Regretfully, the larger scope of this trading network completely collapsed by the 1550s with the systematic failure of the Maya empire due to famine, disease and civil. This made that the Guyana’s returned to a largely forgotten backwater in the eyes of the rest of the Native populations within the America’s.

Their removal from this trade network was illustrated by the 1620 English and Dutch arrivals within the region. These first Europeans noted little to no trade connections between these indigenous peoples and the rest of the continent. Although some war-time connections still existed between islander Carib people and those beyond, the large scale trading networks were an item of the past.

The colonial period started with Dutch and British adventures into tobacco and sugar. During their adventures they competed for dominance and monopoly within the region, building the first forts that now litter the coasts of the Guyana. However, most of these initial ventures failed financially because of this warmongering. In order to mitigate losses extra workforce was required to create larger plantations for larger potential output. This meant that the amount of imported slaves rose from 3.000 in 1620 to 13.000 in 1720 whereas European numbers remained around the number of 500.

Although, the slave numbers rose heavily the stock market backed plantations often failed to be profitable as wars with runaway slaves, natives and other colonial powers often dissipated profits. Only after the Napoleonic wars of 1800 came to a close the region started to net consistent profit.

During this period many of the slaves were freed in name by the temporary British occupation, yet in practice many remained little more than indentured workers with wages. Wages that were often below the means of survival. Only after 1873, when the formal abolition of slavery was enforced, wages started to make an upswing.  In turn this hampered commercial viability which meant that many Asiatic workers from the Dutch Indies were brought over to fulfil plantation work resulting in the ethnic diversity Suriname knows today as there are Javanese, Chinese and African descendants still littering the country.

During the 1900’s the area became a hotbed for Bauxite, Gold and Rubber production. American interests in the region soared and the region become the source of over 60 per cent of the Bauxite used in American airline and automotive production.

Gold was exploited by various Brazilian, German, Dutch and American companies, who at this moment have been supplanted by Chinese investors. The Gold rush led infrastructural developments in the region, including a Suriname railway that lasted from 1905 to 1987. Since 2014 there have been plans to redesign the railway system with a 130 million euro plan to reopen the discontinued line, although little progress has been made since.

Gold is still the main source of foreign investment, as most of Suriname’s infrastructure has been built by the Chinese for rights to Gold Exploitation, the only Suriname highway leading to the Goldmines in Brownsberg is the perfect example of this type of investment.

Paramaribo knows many different cultures, to understand where they all come from, we need to understand the history. Before the Europeans came to Suriname, there lived indigenous people along the Surinam river, in a village they called ‘Parmirbo’. In 1650 the English, led by Francis Willoughby, colonized a fort and called it Fort Willoughby. This area was conquered in 1667 by Abraham Crijnssen, who renamed it Fort Zeelandia.

In the 17th century there were many agricultural projects created for the production of tobacco and sugar and a lot of Europeans came to Suriname, where they became plantation holders or bank officials. Along with them, they brought slaves to work on these plantations.

A huge part of the current population in Paramaribo consists of the descendants of the slaves from Africa. An estimation between 200.000 and 500.000 slaves came to Suriname. These slaves were, even compared to other countries, treated horribly in Suriname. Corporal punishments and other forms of abuse were common among slaves who tried to escape, or did other things that were wrong in the eyes of the slave owners. In 1814 the slave trade was forbidden by The Netherlands, but slavery not yet. In the same year slaves were viewed as people, instead of goods. This created more rights for the slaves, but they still lived and worked on the plantations. During the 18th century a lot of slaved were freed or bought free. During this time, a lot of slaves were converted to Christianity, a belief that is still common in Suriname. After many protest not only in Surinam, but also in The Netherlands, slavery was ended on the 1st of July in 1863. This is now viewed as a national holiday, called Ketikoti, translated ‘Chains broken’. After 1863 many ex-slaves stayed in Paramaribo, these are referred to as ‘Creolen’. These people mainly speak Sranantongo, although many other languages are also spoken. The culture of these ‘Creolen’ is a mixture of several cultures, including different African tribes, European slave owners and indigenous people. The slave owner culture is taken over by earlier freed slaves, since they were often partially European or were in close contact with Europeans.

After 1632 it is thought that a group of Jews from The Netherlands and Italy came to Suriname and lived along the Surinamerivier. In 1662 a group of English Jews came along with Francis Willoughby and settled in a village called the ‘Jodensavanne’. In 1664 there came a third group of Jews from Brazil, because of Portuguese occupation. These groups of Jews also became plantation owners, mainly around the Jodensavanne. Right now there are not as many Jews in Suriname, but there culture is definitely seen in other cultures.

Another group of people living in Paramaribo are Suriname Javans, who are, like the Chinese-Suriname people, desendents of contract workers that came to Suriname between 1890 and 1930.

Because of these many nationalities in Paramaribo, there are several different religions in the city. The largest is Christianity, that came from the European slave owners.  Other religions are Hinduism and Islam, but these are less common than Christianity.